GETTING MARRIED? INSIST ON PROFESSIONAL PHOTOGRAPHY! 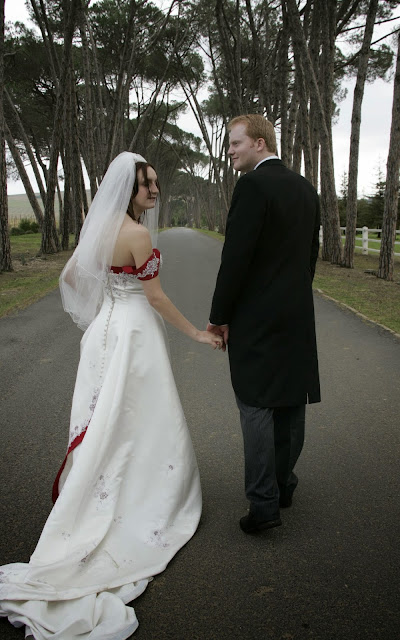 So what does it mean to get married? Hopefully, a lifetime commitment with fantastic benefits to bride and groom that hopefully leads to children and family .......

These are lifetime memories, which is why it is so important to preserve them.

That's why it is so important to book a photographer and, if applicable, a videographer who knows what they are doing. There are many wannabees who offer services and who sport low end digital cameras and who offer services at bargain basement prices, yet don't know the first thing about photography and working with light. Often they are not so good at working with people either.

For a start, ask your photographer what their backup plan is if their equipment fails. Do they carry a spare camera or two and spare lenses?

Ask your prospective wedding photographer what professional bodies they belong to, what their qualifications are and what their investment is in photography.

Its also advisable to check how your photographer is with people. Most weddings involve the joining of two families together around the pair who are getting married and so you need a photographer who relates to the older generation - the in-laws if you like - and other guests, also.

So if you are planning to get married, remember it is the special moments that will provide the memories. You want a professional photographer who knows what they are doing during the ceremony and during the special shoot afterwards - and will be able to suggest the best locations for the bride, groom and wedding party to slip away prior to the reception.

Wedding reception photography after the ceremony and formal couple/family photoshoot is a second consideration to the ceremony itself. So if you have only a tight budget and paying by the hour, rather hire a competent professional to cover the important stages. You can leave the party photography to guests and amateurs, but ensure your lasting memories are professionally and well recorded.

An organisation such as Safrea, the Southern African Freelancers' Association, has many fine professional photographers as Full Members, who subscribe to a professional code of conduct. These are mostly working photographers who, in addition to providing wedding photography services, work within the media publishing areas such as advertising and editorial photography. Photographers such as these have invested way over R 100 000 in cameras, special lenses and other equipment including IT backup and software.

I'm a senior professional member of Safrea, which gives additional confidence to the client. You can reach Safrea on the site www.safrea.co.za for further information. 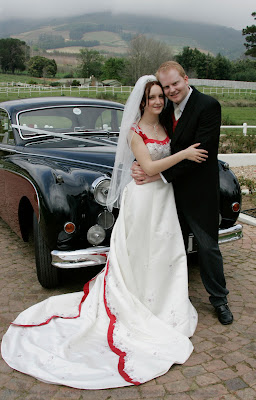 Hey, happy couples, the wedding season is coming with the first peak of spring and organisers are busy planning ahead. A word of advice about booking your wedding photographer: Choose carefully. It is more about pointing a camera, as you will note from the advice offered in my posting above. BOOK NOW!
Read more 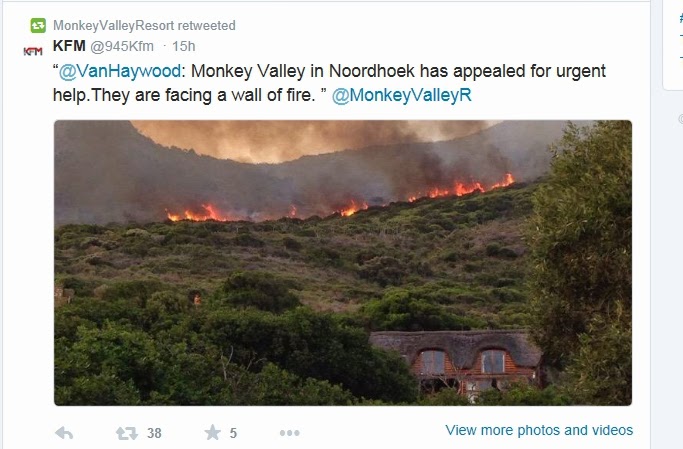 Living in the Noordhoek Valley the past 36 hours has been rather like being on the set of Apocalypse Now (remember the epic movie?) Social media reports of the big fire particularly in the Noordhoek Valley have been rather misleading and possibly contributed to panic rather than helped he situation. A tweet by @vanhaywood that did little to help matters on Monday: The tweet was picked up by big tweeters such as @KFM and @CapeTown and retweeted without verfication, even by the Lodge itself, which may have retweeted under some pressure. However, this was the area looked like, via a photo from the beach taken at about the same time as the tweet: The fire at 6.30 pm Monday. The Chappies road separates the lower Chapman's Peak area from the mountain. This is how things played out after the arrival of the "Muizenberg Fire" #capefire late on Sunday 1 March. Living in the area as I do with my family, my first inkling of the big fire was 01h00 Monday morning
Read more