Showing posts from October, 2016
Show all

MUCH OF THE WORK OF GOOD PHOTOGRAPHY IS ON THE KEYBOARD 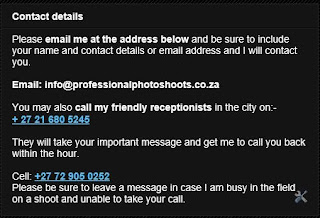 For photographers who learned their trade (or hobby) in the pre-digital age, the camera and its film were everything. While you could get very clever professional film that added colour pop to your images, high contrast or low light, you had also a degree of control when the film was being developed. For example, it was better to slightly overexpose your photograph when shooting on film. Due to the high density of layers of photo sensitive chemical in film, that recorded extra detail. Nowadays with digital, the opposite is true. If you 'blow out' your image by letting too much light past the sensor in a digital camera, the detail is gone - forever. However, what you do have today is the availability a lot of 'post production' computer software that allows you to do everything and much more than film processing could do. There is even software available for handheld devices, including smartphones. We have photography in RAW format today. ( See my earlier article
Post a Comment
Read more
More posts